Construction, currently considered "high risk," has seen a fall in activity (down 10% in January 2014 compared with January 2013) and prices are generally in decline. Except for the slight recovery inGermany andDenmark, the sector has been severely impacted by the reduction in the number of building permits in Southern Europe,France and even theUK. 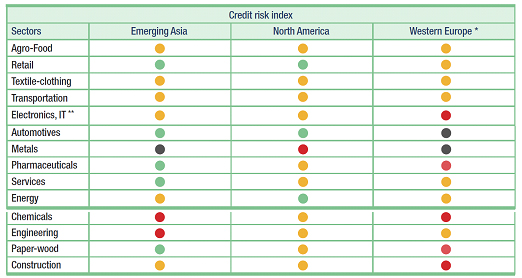