Global credit insurer Coface, in its quarterly country risk Panorama, has lowered the growth forecast of emerging countries to 4% for 2015, compared to 4.2% in March 2015. The outlook for developed economies has improved to a 2% growth forecast for 2015 and 2016, up from 1.5%.

The Czech Republic, Portugal and Vietnam were all placed under positive watch in January 2015. They are continuing on the right track, with their economies driven by consumer spending.

Canada, Algeria and Gabon Are Suffering from the Effects of Lower Oil Prices

Hydrocarbon-exporting countries are suffering from the consequences of their dependency on the oil sector:

Placed on negative watch in January 2015,China’s assessment has been downgraded to A4. The country's level of private debt has increased to 207% of GDP in 2014, compared to 130% in 2008, according to the IMF. This level is considered worrying and is far higher than the levels noted in other emerging countries. As such, the solvency of companies in fragile sectors could be affected. The cement, chemicals and steel segments associated with infrastructure spending are weakened by their overcapacity. 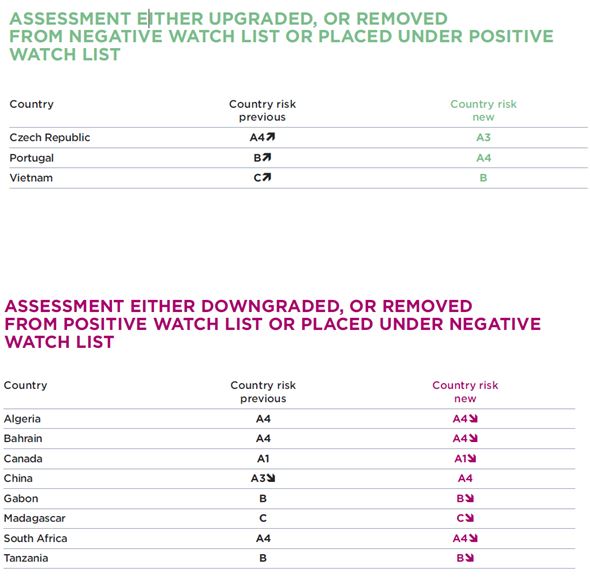