Coface’s survey of corporate credit risk management inChina,carried out in the fourth quarter of 2013, revealed that8 out of 10 companies in China experienced overdue payments in 2013.The chemical, industrial machinery andhousehold electric and electronic appliances sectors are at higher risk.Since credit facilities will remain tight in 2014, a deterioration in corporate payments could lead to a significant ripple effect inChina’s shadow banking market.

Corporate overdues continued to rise in 2013

According to Coface’s survey, 82% of the interviewed companies reported overdue payments in 2013, a 5% increase compared to 2012 and the highest level in 3 years (Appendix 1). Of those affected, 45% said the overdue amounts had also increased. Companies also experienced overdue payments for a longer period: 18% reported average overdues of more than 90 days, a 5% increase compared to 2012.

Payments that are over 6-months late are considered as highly risky. From Coface’s experience, there is an 80% chance that these overdue payments will not be paid at all if this is the case. Additionally, if the amount of overdue payments exceeds 2% of a company’s total sales, it is likely that these companies will have liquidity problems. This is the case for 33% of companies interviewed (Appendix 2), a possible sign of a severe liquidity problems and a high risk of non-payment to their suppliers or borrowing banks or institutions.

“The deterioration of payments inChinaserves as an alert. Traditionally speaking, smaller companies inChinado not necessarily have access to enough credit facilities from the regular banking system and this is the main driver of the growth in the shadow banking system. While we expect costs of funds to increase in 2014, the interest rate in the shadow-banking system is already high. The increasing trend of overdue payment exacerbates the liquidity issues of different stakeholders in the supply chain, and this vicious cycle could lead to a significant ripple effect,” says Rocky Tung, Economist of the Asia Pacific Region at Coface.

Most industries inChinasaw a clear deterioration in their payment experience in 2013. An increasing number of industry participants reported that their average overdue-period reached more than 60 days in 2013, showing signs of decline compared to 2012. This trend is especially worrying for three sectors: industrial machinery and electronics (+16%); household electric/electronic appliances (+19%); and chemicals (+11%) (Appendix 3.)

In addition to payment experience, the survey took into account the industry’s financial performance (debt-to-equity ratio and profitability) to assess their overall health in the Chinese economy. “Taking a look at the debt-to-equity ratio shows us how the leverage of various industries has been changing over time, which sheds light on how changes in financing costs may impact each industry and how willing industry participants are to finance their own businesses. At the same time, industry profitability is important for obvious reasons - it indicates how able a business is to generate cash flow from their operations.” says Rocky Tung.

Industrial machinery and electronics, household electric/electronic appliances and chemicals experienced a deterioration in both payment and financial indicators. This can be explained by slow demand in domestic and export markets in 2013 and high sector competition.

While spiralling labor costs and RMB appreciation may be the headline stories in the news, they are by far not the most important areas of concern for businesses inChina. These issues are considered worrying by only 26% and 9% of corporates. It is a potential economic slowdown inChinathat worries the majority (61%) of respondents. Credit tightening, which could potentially reduce their access to credit, is feared by 50% of companies (Appendix 4.)

For 2014, the overall macroeconomic environment inChinaremains healthy, although top-line economic growth is expected to slow during the ongoing normalization process. Reflected in the government’s slowing growth targets in the last few years, top-line economic growth has also dropped slightly over the period. The real 7.7% GDP growth in 2013 was the lowest growth rate achieved by the world’s second largest economy in 14 years. This is in line with the government’s address on focusing on the quality – instead of quantity – of growth going forward. Even so, Coface’s estimate of 7.2% GDP growth in 2014 will continue to rateChinaas one of the fastest growing economies in the world.

Despite high hopes for consumption-led economic growth, investment will remain the growth engine in the medium-term as we expect income gains in Chinese families to continue to slow, in line with the trend seen over the last few years. The growth rate of average income and consumption expenditure declined respectively from 12.4% and 10% in 2012 to 9.6% and 8.1% in 2013. Domestic consumption is expected to grow at a slower pace in 2014.

Today 90% of Chinese companies use credit sales in their domestic trade. It is encouraging to see that more than 60% of companies said in the survey that they use different credit management tools in their operations.

“Receivables are as important as other assets and sometimes they are the largest asset a company has. Offering credit sales certainly is an effective way to win business. However, without proper credit control, this can have a significant financial impact on the company. It is also encouraging to see that the use of credit insurance increased from 18% in 2012 to 24% in 2013,” said Richard Burton, Asia Pacific Regional Manager at Coface.

Coface has been conducting the corporate credit management survey inChinasince 2003 and the 2013 survey is the 11th edition. Nine-hundred fifty-six companies from different sectors participated in the survey between October and December 2013. The survey provides a better understanding of the payment experience credit management practices of China-based companies.

The Coface Group, a worldwide leader in credit insurance, offers companies around the globe solutions to protect them against the risk of financial default of their clients, both on the domestic market and for export. In 2013, the Group posted a consolidated turnover of €1.440 billion. Its 4,400 staff in 66 countries provide a local service worldwide. Each quarter, Coface publishes assessments of country risk for 160 countries, based on its unique knowledge of companies’ payment behavior and on the expertise of its 350 underwriters located close to clients and their debtors. Coface is a subsidiary of Natixis, corporate, investment management and specialized financial services arm of Groupe BPCE. Learn more at www.coface-usa.com. 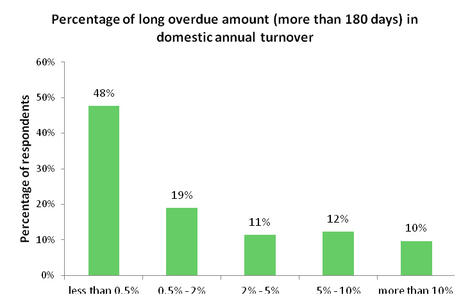 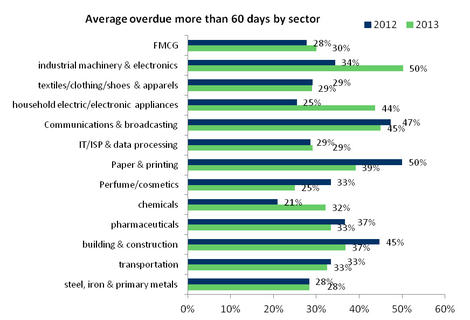 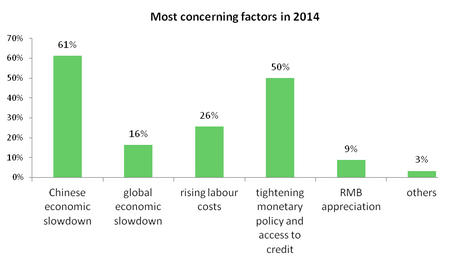